Spent a wonderful day today on the top of the cliffs near Dover photographing the resident Peregrine Falcons in the good company of my friend and fellow wildlife photographer Tony Flashman. As soon as we arrived at the local spot we could see the falcons riding the thermals into the prevailing winds.

After shooting a couple of frames handheld the birds quickly dived into the lee of the cliffs out of our view, allowing time to set up the tripod whilst dodging the many tourists who were trying to get photos of the recent landslide. Soon the falcons were back on the wing..!

Despite having considerable focal length (500+ mm) the birds still seemed quite distant, however, it made for some great 'environmental' type of shots, including the many occasions when the falcons were mobbed by the resident gulls. (Click on the images to see slightly larger versions) 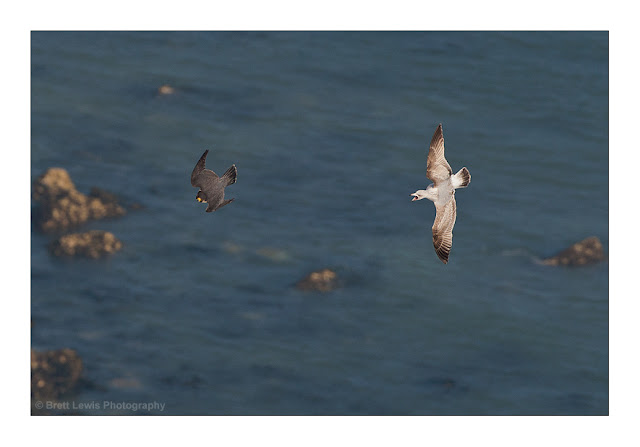 The Dog Fight - the Falcon showing prowess in flight against a gull. 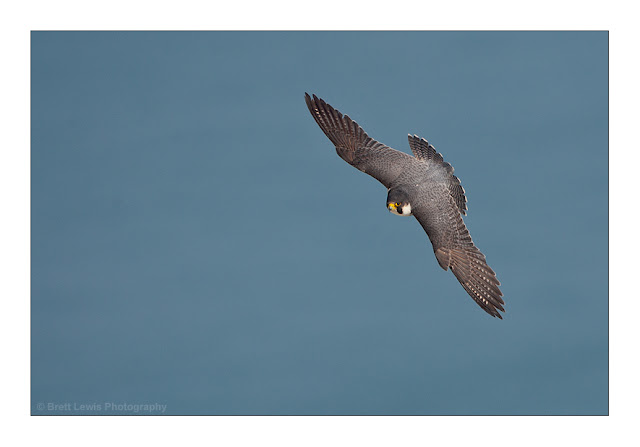 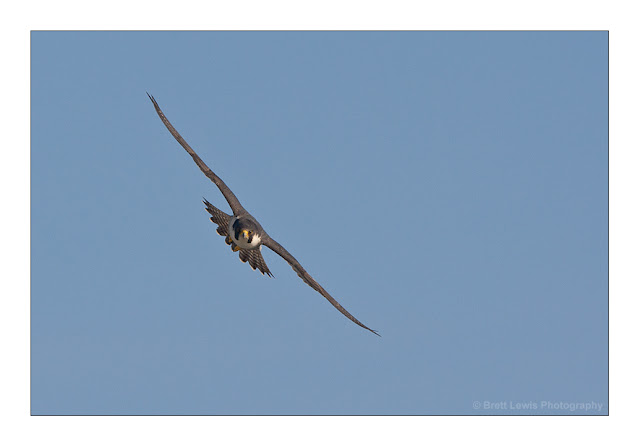 You can't help but be mesmerised by their agility...
And then for something different...
Having watched two falcons flying elegantly between the various cliff faces and in and out of the many crags and crevices, eventually the female landed on an outcrop and displayed to her mate who was calling in the air nearby. Within seconds, the male swooped in and mounted the female into a mating embrace, I had a huge smile on my face having just captured the moment in the camera! Below are a couple of images from the sequence.. 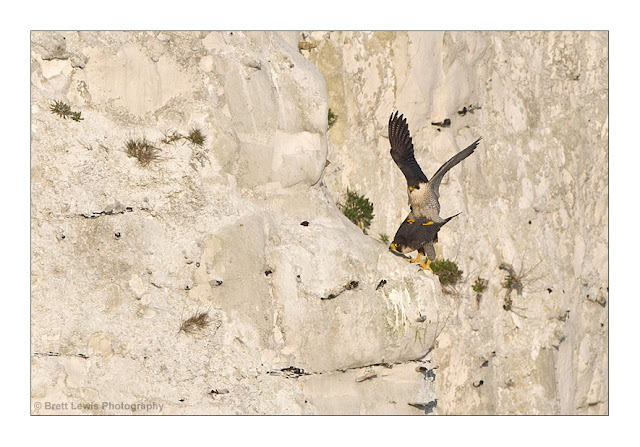 Steady as it goes... 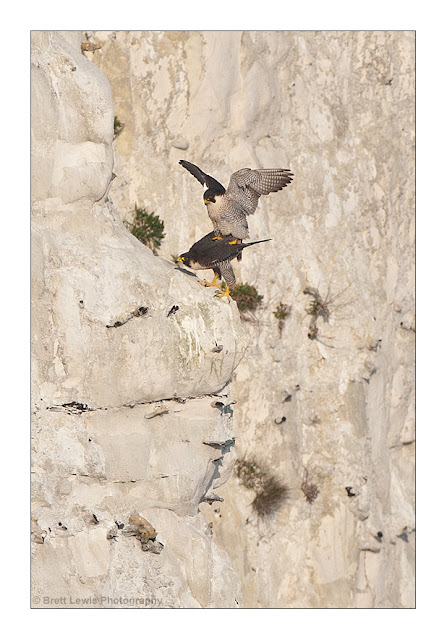 Got to admire the skill of performing this whilst balancing precariously
150 feet up on a cliff edge with the male balancing on her back, almost still in flight..!
Posted by Brett Lewis at 18:28