Photography at a Snail's pace..!

This morning was another early start to try and undertake some more macro work whilst the weather was calm. However, when visiting one of my usual sites for damselflies and demoiselle's I was sadly disappointed.. Over a two hour period my friend and I only found a couple and even then they flew off and didn't want to be photographed.

However, not to be beaten I decide to take advantage of the plentiful Amber snails that were around, following an evening of rain. There were also a number of Soldier beetles which also made for good subjects to 'focus' our attention.

Whilst photographing macro subjects may seem straight forward, it's always more rewarding when you try something a little different. In this case I wanted to use the available lighting conditions to bring out the best features in the snails and perhaps inject a little anthropomorphism into the scenes.

I used the diffused sunlight to offer a certain amount of backlighting to show the translucent nature of the molluscs fleshy body against a series of different backgrounds. By shooting into the dense undergrowth I could give the appearance of an almost 'black' background to an image or likewise, into the 'grey skies' to give an almost studio 'white' background as seen in the images below.. 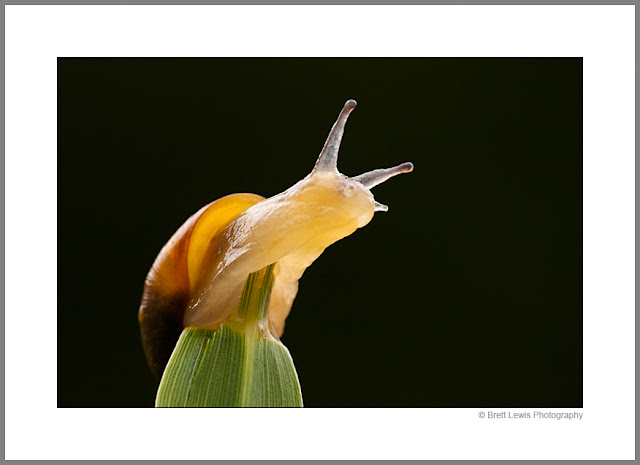 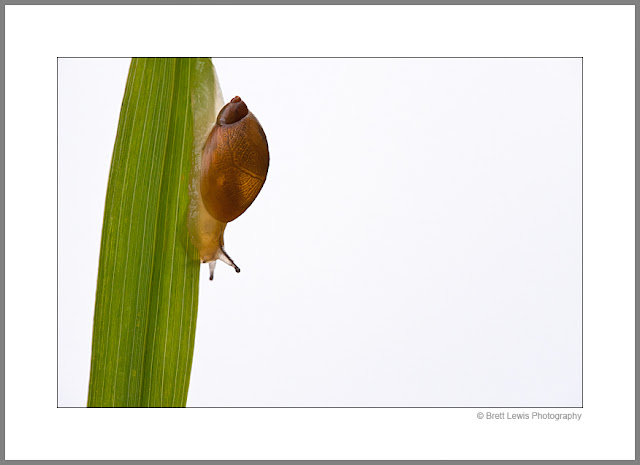 Furthermore, by angling my camera to an extreme, I was able to give the impression of space in which this snail was almost falling as it explored the single leaf it was 'perched' on. 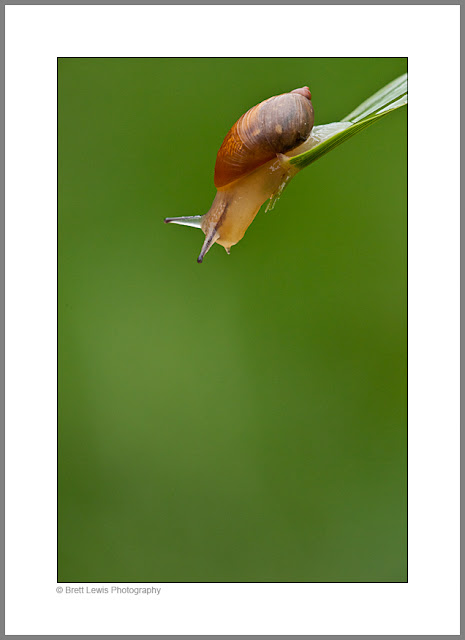 The Soldier beetle spent quite a lot of time 'grooming' itself and it was quite difficult, in the available light, to obtain enough shutter speed to slow down it's actions in order to freeze-frame it and to gain a nice portrait. However by using and ISO of 2500 (Yes 2.5K..!) I was able to use a shutter speed of 1/125 sec at f13 to provide an adequate depth of field in order to capture this image.. 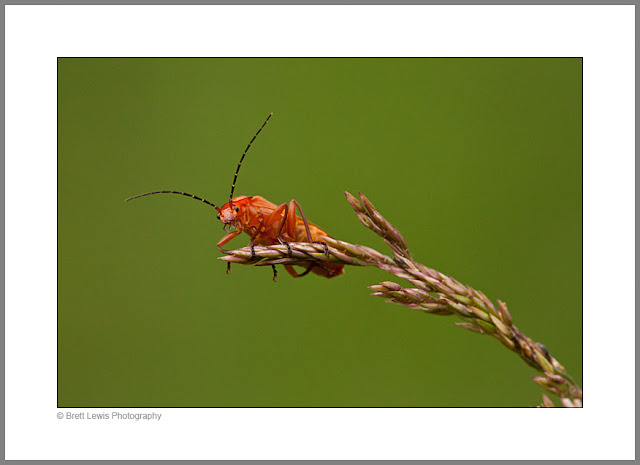 So, after what appeared to be a wasted morning actually turned out to be really quite productive with some nice images in the bag and of some subjects that I might otherwise have overlooked. I'm sure there's a moral in that story somewhere..!

Until next time.. Enjoy Yourselves!
Posted by Brett Lewis at 15:29