For some time now I've been thinking that I should try and concentrate on expanding my photographic interests beyond the realm of wildlife. I've wanted to try and capture the very beauty of the environment in which my subjects live so that I piece together a complete story and to provide a much grater diversity of images than I currently have in my library.

On Saturday 16th, between rain showers, there was a wonderful sunset at a nearby 'English Heritage' site known as Reculver Towers.

Reculver Towers is situated on a headland due east of the coastal towns of Whitstable, and more closely, Herne Bay. The site was once home to a Roman fort, followed by monastery. Little remains of the grand church that once stood here but the prominent towers that act as a waypoint and beacon for many sea goers.

The image I obtained from that fine evening is a composite of 2 exposure, 1) taken as an exposure for the sky and 2) an exposure for the foreground and huge boulders that make up the sea defences. The resulting image captures the beauty of this area of coastline and goes someway to fulfilling my hopes of adding 'Landscapes' to my photographic repertoire.. 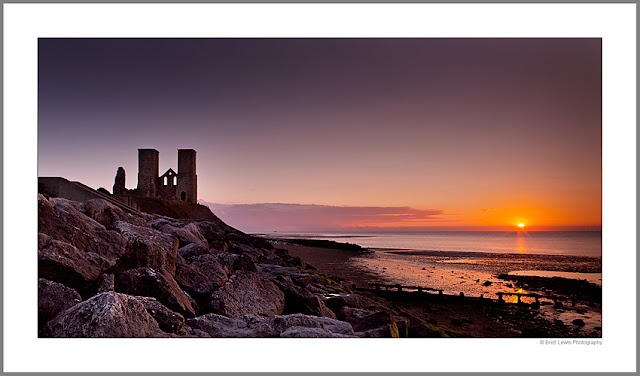